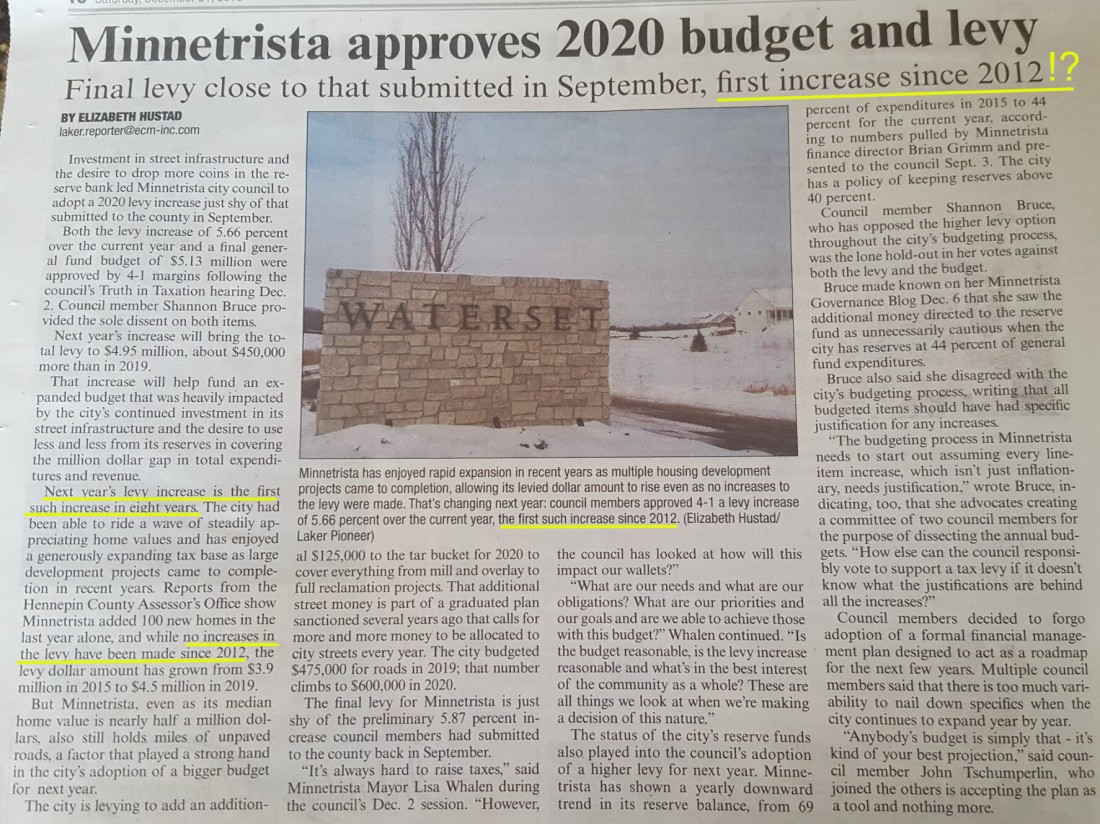 I blogged about the misuse of statistics back in October and how omitting information, leaving out something significant that, if known, would lead the reader/listener to a different conclusion from what was presented, could manipulate residents. Well, today our favorite local newspaper, The Laker, has been manipulated. But don’t blame the reporter. She was only reporting what she had read on the city’s slide presented at the December 2 public hearing on the 2020 levy increase which said:

Somehow the reporter got the idea, from the statement above, that the tax levy in Minnetrista hadn’t gone up in eight years. Hmm, I wonder if residents in Minnetrista think the same thing. Anyone familiar with Minnetrista’s tax levy history knows there has been a tax levy increase almost every year since 2012 and we got another whopper 5.66% increase this year.

The byline in the December 21 story on page 18 states “Final levy close to that submitted in September, first increase since 2012” (Emphasis added). Oops, someone actually printed what they were told, and in a very public way. It’s always been okay to mislead people as long as it was done quietly, but headlines advertising the deception are another matter. The reporter was quickly contacted by the city and told to correct the online story and reminded that she should have run the story by the city.

How would a regular citizen interpret this slide? 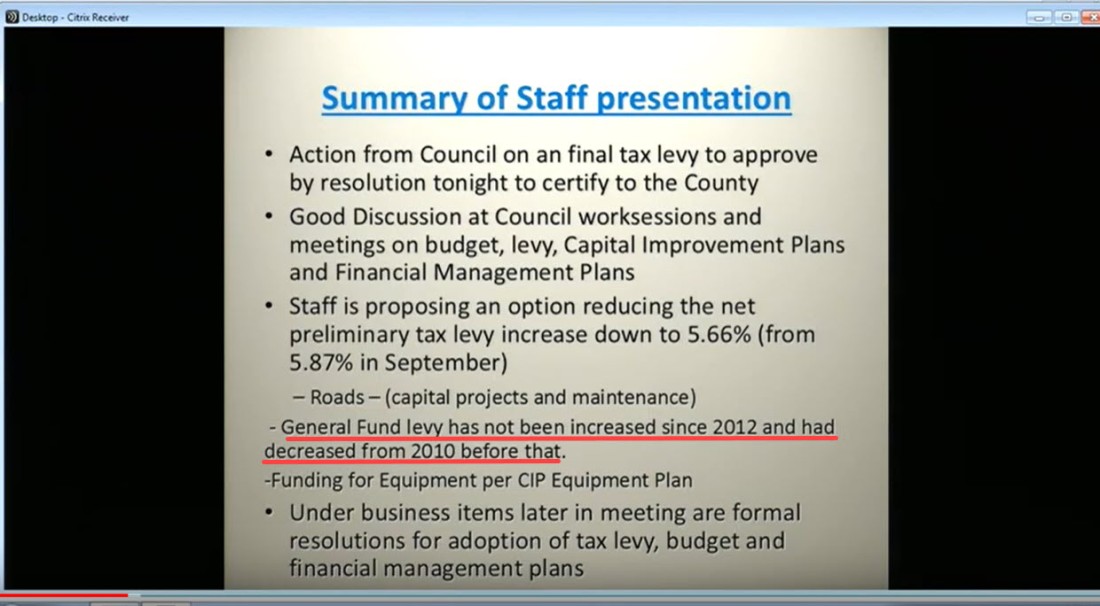 Note also how the slide says “Staff is proposing an option reducing the net preliminary tax levy increase….” instead of the reality of staff proposing a 5.66% increase, which, by the way, was adopted on a 4-1 vote (Bruce dissenting).

So what was missing from this slide and why did the reporter need to correct the story? First, there are several funds, other than the “general fund,” included in the tax levy. There is a debt fund, a road maintenance fund, and a CIP levy that, in addition to the general fund levy, comprise the taxable levy. Most people don’t know that and the only reason this statement was on this slide is to take advantage of the fact that most people don’t know that.

Bottom line is the city of Minnetrista wants more of your money but they want you to hand it over without complaining. To do that requires manipulation of the facts and they are very good at that.