The politicization of the Minnetrista city council meetings are in full swing. Mayor Whalen, in an unprecedented breech of civil decorum, decided to turn the February 18 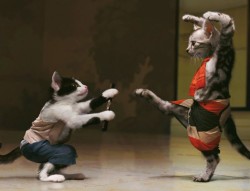 First, I should thank the mayor for sharing the blog post and giving it more visibility. The fact our city is being run by outside interests is real. What is more disturbing, however, is how anyone expressing an opinion that differs from those outside interests is targeted.

These past months I’ve had personal social media accounts disabled twice because of pressure from these interests that donated to the mayor’s previous election campaign. I’ve had to fight battles to have official minutes reflect what actually occurred instead of what these interests wanted in the public record. Outright blatant lies have been circulated in the community alleging illegal campaign contributions on my part that never happened. I’m sure there is more to come.

It appeared the most troubling aspect of the post, to the mayor, was about “instilling a service-oriented culture” at city hall. Apparently she doesn’t feel a need to address that and didn’t like hearing that people in the community do.

I’ve always tried to “leave my stuff at the door” when I attend council meetings. Council meetings are for getting the work of the city done, not to intimidate or shame those you disagree with. Using a public forum, paid for by taxpayers, is an inappropriate venue to wage political warfare. But apparently not in Minnetrista.