When hiring a schill to spread lies about your Mayoral opponent it’s probably best to find one with some intelligence and a good memory for keeping track of all those pesky details in the web of deceptions being spun.

The backstory: The Lisa Whalen mayoral campaign in 2014 had campaign materials invoiced to the Westonka School District in an effort, presumably, to avoid paying sales tax and take advantage of the school’s discount with the printer, or perhaps their postal rates. It was all handled under the table, quietly paid by her campaign and no one thought anyone would ever know. Until four years later when Whalen was brought up before a judge for an illegal campaign financing scheme.

The three judge panel in that case, which she lost, said she and her campaign committee had “corrupted the political process.” Now she’s at it again.

Exactly one year ago I wrote a post titled “Who is Our Minnetrista?” Little did I know what would be exposed over the course of the next 12 months. I only knew something

was amiss but had no idea of the corruption, deception, and stronghold this group of people holds on our community until I filed a civil suit last November and began the discovery process which culminated in a ruling that held they had “corrupted the political process” in both the 2014 and 2018 elections and their leaders and candidates were fined.

Here is what I know now. The corruption isn’t limited to our mayor and a couple of council members (who all still sit on the council, btw). There are school board members who have been actively supporting this group with financial contributions and helping them recruit public officials to maintain their

current power structure and taxing authority. There are also political committees like “YesWestonka” comprised of virtually the same people as “Our Minnetrista” whose goal to pass a $22M school bond referendum was successful primarily because they held the election in May instead of the November general election knowing a low voter turnout would benefit the measure. Now they have another referendum up for a vote in November 2019, not a general election either. Hmm.

I’ve also learned that the DFL is involved in this group with the DFL Senate District Chair being a financial contributor to the rogue “Our Minnetrista” political committee as well as a contributor to the campaign of the spouse of Westonka school board member Heidi Marty in his bid for election to the MN House of Representatives (D-Todd Mikkelson). This is one close-knit, happy family.

Is it any wonder, then, when the Westonka School District was invoiced for the Minnetrista mayor’s campaign mailings (apparently to avoid paying sales tax like her opponent had to) that the Westonka school district said nothing?

This last year has exposed the fact that a small group of people with vested interests in controlling millions of dollars of public funds in our community are doing just that. They consist of DFL leadership, school board members, elected public officials, ex-city employees, and political committees backing their initiatives that somehow always end in tax increases.

Wow.  It just keeps getting more interesting. Just discovered the spouse of Minnetrista’s city engineer at the time, from WSB Engineering, works at the printing company that invoiced the Westonka School District for political campaign literature for Mayor Whalen. Also did some calculations from the newly filed disclosure reports and was shocked to see more than $12,000 was spent with this printer in that election. Were ALL those invoices billed to the school district? Just how much sales tax was evaded by those candidates? Why are these people still in office?!

The donation was discovered during the recent “Our Minnetrista” campaign finance violations case but what raised red flags, other than the fact the donation was three times the legal limit, was the donor failed to list his real employer and also completed the transaction using a PayPal account. Writing a check is the norm for large donations and checks are traceable. PayPal accounts can be used by anyone with a login and password to an account.

The land for this proposed development would need to be rezoned and a PUD approved by the council for it to begin. With “Our Minnetrista’s” candidates (Whalen, Mortenson & Thoele) elected to the council that path would be clear. The developer chosen for building the high-end homes had a previous relationship with the donor’s real employer evidenced on the developer’s website.

An interesting side note is Mayor Whalen had been the Minnetrista council liaison to the government agency for many years prior to her leaving the council in 2010 and was immediately reappointed upon taking office in January 2015.

So who is the mystery donor, government agency, developer and donor’s employer at the time of the donation? The donor and donation were listed in a trial exhibit and are public information as part of the recent OAH ruling (OAH#71-0325-35774):

The Westonka School District was invoiced for the Mayor’s campaign brochures as well as a hit piece on her opponent. But the cost of the brochures and hit piece wasn’t

disclosed by the Mayor or “Our Minnetrista,” the political committee backing her. A political committee named Minnetrista411 falsely reported the expenditure on its own disclosure report to the Campaign Finance Board. Yes, complex crimes are complicated but the invoice shown here is irrefutable proof that corruption in Minnetrista is not limited to city hall. It extends to the Westonka School District and who knows how much further.

In discussing this with the Hennepin County Attorney’s office I was asked if the Westonka school board was aware of this. My reply was, yes, but many of the school board members are also “Our Minnetrista” members and appear more eager to bury it than expose it. The contact person on the invoice was the Treasurer for the YesWestonka political committee responsible for pushing through the $22M Westonka Schools bond referendum. He is identified in subpoenaed “Our Minnetrista” emails as an active member involved in Our Minnetrista’s fundraising and campaign activities, specifically coordinating their printing.

The invoice and artwork associated with it was obtained during discovery in the Office of Administrative Hearings’ case involving campaign finance violations against Mayor Whalen, one former and two current Minnetrista city council members (OAH#71-0325-35774).

WHY THEY HID “OUR MINNETRISTA” – The June judgement handed down to the mayor and council members involved in the “Our Minnetrista” scandal ordered them to file accurate campaign finance reports and pay their fines by August 1. One need look no further to see why they hid the role of the political committee “Our Minnetrista” in their campaigns. They would’ve had to truthfully disclose this:

Keep in mind there were other, legitimate, candidates that spent money of their own in these elections. The mayoral candidate opposing Whalen in 2014 lost by less than 200 votes. These violations affected the outcome of these elections in both 2014 and 2018. The three judge panel called it corruption citing their actions “corrupted the political process” and gave the Our Minnetrista candidates “an unfair advantage.” Our mayor calls it an “administrative error.”

Destruction of evidence during an ongoing civil suit is a criminal offense last I heard. On the very day screen shots from www.ourminnetrista.com were taken showing donations going into an “Our Minnetrista” account (something they had been very careful to obscure by reporting all donations as going directly to their candidates) the entire Our Minnetrista website was deleted. The screenshots were shared with them as part of the discovery process of the civil suit and within hours of that notification the entire website was deleted, all their Facebook content was deleted and no online evidence remained of their activity. Sound like an innocent “error?” 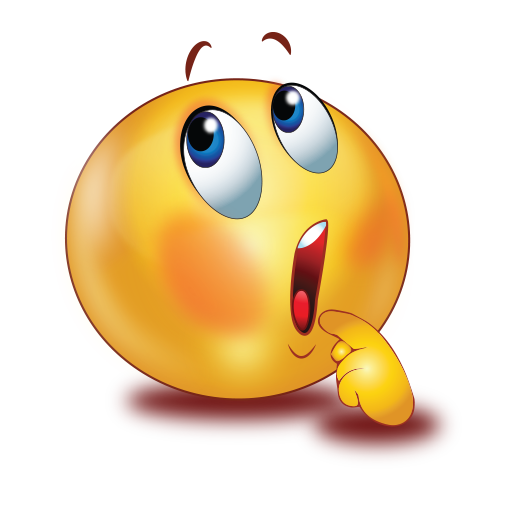 MORE MINNETRISTA-GATE DISCOVERY –  Just when you think it can’t get any worse… The following testimony from the recent campaign violations trial shows us that long before Minnetrista Councilor Patricia Thoele publicly resigned her council seat the end of March 2018, the “Our Minnetrista” political committee members (which included Mayor Whalen and Councilors Mortenson & Thoele) were busy recruiting Thoele’s replacement the previous January. According to trial testimony they invited John Tschumperlin to meet with them in January, keeping Thoele’s pending resignation a secret until the end of March, and then voted Tschumperlin in as her replacement.

All this while inviting residents to interview for the vacancy they had already rigged.

It is a violation of Minnesota’s public meeting law for a quorum (3 or more) council members to discuss city business outside of noticed public meetings.

*There is no relation between Judge Mortenson & Council Member Pam Mortenson

If there was any doubt about the stronghold the political committee “Our Minnetrista” has over our city it was displayed last night at our city council meeting, the first since the campaign finance judgments were handed down against the mayor and two council members. In a well orchestrated turnout the political machine sent speakers to the podium, one by one, each with scripted remarks pledging allegiance to the misunderstood public officials that had been party to the illegal activities of “Our Minnetrista” accepting more than 10 times the legal contribution limits.

Several of the “Our Minnetrista” contributors that wrote checks over statutory limits spoke last night echoing the mayor’s cry that it was all just an “administrative error.” Readers may remember a similar cry of there being “no basis” for any of the complaints when they were filed after the election.

“Our Minnetrista” Treasurer Karen Danielson turned on the waterworks on cue claiming innocence (or was it ignorance, I don’t remember) before the crowd and, again, made unsubstantiated claims of her attempts to get approval for implementing the financial scheme which involved concealing the source of candidate contributions as well as their amounts. In her sworn declaration she actually admitted no one told her the scheme was legal. And the Oscar goes to…

There were several individuals who spoke asking for the violators’ resignations. One noted that a $5,000 fine didn’t indicate an “administrative error” but a very serious breach of campaign finance law. That didn’t sit well with the “Our Minnetrista” crowd and one of them actually suggested that I should be the one to resign. Yes, the person exposing corruption should be the one to resign. You can’t make this stuff up.

To conclude, the mayor, who had previously ruled there would be no council debate (Translation: I would not be allowed to speak) gave herself the opportunity to defend herself and the two others before abruptly ending the Persons To Be Heard session.